A Tax Tour D’Horizon Doug Shanks and John Handley holding a torch to HMRC’s feet (courteously)
Brian Jones might have received a credit for the dulcimer on Lady Jane and Mick Taylor for reworking Honky Tonk Women. How much of The Waste Land was written by

Ezra Pound? John’s notes this month were too comprehensive to ignore.

We’ve had so much innovation; how will it play out? HMRC will concentrate on furlough in the next year. Incorrect furlough claims and the rest are estimated to be £3.5bn. With all the largesse of the Keynesian Johnsonian solutions, I’m not convinced that they know; it seems light to me. Overclaimed furlough has been renamed for penalty purposes as “tax payments” so the usual rules apply to penalties, ranging from administrative error (you forgot someone left) to deliberate (claiming for overseas employees gone home) via careless.

If you’ve committed furlough fraud because it was easy and you succumbed to temptation, I think you’ll be well-treated. By lobbing COVID-19 support in with tax payments, the disclosure facilities will be available and COP(9) will be the usual route. The COP (9) teams are comprised of excellent inspectors. I don’t know what percentage of frauds are premeditated stings and what are fundamentally decent businesses cheating at the margins. This article is addressed to the latter. OCGs are also most welcome (bless Line of Duty for the great acronyms) …

COP(9) disclosure exudes Kafka; like parole you have to confess. Fortunately we’re Brits and hypocrisy’s in our DNA. Most clients live with the “f” word once they’ve recovered from the shock. Twist your fingers behind your back and admit fraud. You’re crossing the Rubicon admitting a crime but HMRC rarely prosecute unless you lie.

Some clients want to control the outcome, second guessing what the Revenue will discover. Risk-seekers are reminded that they are novices whereas it’s the inspector’s day job. The inspector has “foresuffered all enacted on this same divan or bed” to quote TS Eliot. (Or was it Pound?)
The inspector has a foot in the door. Honey is catching more than vinegar, and it’s very effective. I would like to think there’s something British and good and all that is holy. Discretionary (although effectively statutory) freedom from prosecution can only be guaranteed if you tell all; but “all” is the operative word.

Don’t wait for the knock on the door. The period of grace such as it is will be short. As the political fallout continues, the state will become increasingly vindictive. Analytical review will provide easy pickings. HMRC will identify cases where turnover has remained constant while furlough is being claimed; how did you maintain the same turnover with half the staff? It’s a difficult question you may struggle to answer. I think professional staff being furloughed is incredibly dangerous. If the client sends an email or makes a call, did you really ignore it, or have a non-furloughed team member struggle through a furloughed colleague’s file?

Liquidation has always been a dangerous solution. The Official Receiver seemed to have more powers than resources, so people were able to sweep issues under the carpet. Immediately prior to the lockdown those powers were extended (“lifting the veil of incorporation”) making it easier for the OR to prosecute directors. If you used a loan while insolvent to kick the can down the road, only to liquidate the company thus wasting bounce back loans and hiding dodgy furlough claims, your insolvency practitioner will tell you that the OR has vastly increased resources to focus on enough defaulters to keep the Mail on Sunday in copy for years.

In liquidation, furlough owed is ordinary debt in bankruptcy, but the PAYE element would be preferential. HMRC can now look through the corporate veil and can go after directors who knew or should have known about the over claims. If you’re thinking about dropping your company to avoid an enquiry which might lead to directors’ liability, I’d watch being too smart. If you’re an honest entrepreneur with a bit more debt than you can cope with and you might be a little pregnant with a couple of HMRC enquiries, you’re not going to be alone. It’s a sad truth of regulation that regulators fail to catch serious criminal organisations but crucify a decent company that has lost its way. If you’re in a corner, you tick most of that pigeonhole’s boxes, and you’ll find your way to the Official Receiver. Take advice as early as possible. The later you leave it, a competent liquidator can only help you so far, and if you find a bent one let me know; so difficult to find a decent crook these days.

Looking over the troubled waters of the health crisis to HMRC’s broader initiatives, IR35 is a government initiative to force the bedrock of the economy that is the smaller entrepreneur into employment on PAYE. The state would rather control you on the payroll than leave you in peace to build wealth. It’s bad law and a rotten strategy aimed at God only knows (the Beach Boys) but IR35 is here to stay discouraging growth by denying independence and flexibility in the consultancy and subcontracting world and the Revenue’s favourite whipping boys and girls, the entertainment industry. I’m not sure what advice I’ve got for you if you’re the proprietor of any small company engaged with a larger one; consider going on a march, or write to your MP if you think anyone will protect a middle class minority from the wild excesses of an increasingly authoritarian state. HMRC know that they’re winning this pointless civil war and that most taxpayers will keep filing their returns with their heads down hoping it won’t happen to them. It will sooner or later. Well done HMG; a spectacular own goal.

With IR35 the responsibility was always with the Personal Service Vehicle but then extended to public “employers” and now extended to large private “employers”. How long before the ordinary players will be involved?

Another area the state can’t stop itself fiddling around with is property. We’ve been talking about a radical overhaul of business rates for at least two generations, probably more. There appears to be a big increase in property enquiry cases these days as HMRC’s system knows all about properties in UK. Hence if someone is disclosing three properties rented but has ten registered in their name, HMRC’s database will pick this up.

A final roundup on the work of the ironically named Office of Tax Simplification which has suggested that Agricultural Property Relief and Business Property Relief be abolished and replaced by straight 20% Inheritance Tax (IHT) rate across the board. Will this come in? Who knows? You’ve heard it from your IFA, you accountant, your lawyer and now me. For pity’s sake get your will done and sensible IHT measures in place. Unless you’re Bing Crosby or Geoffrey Boycott, you can’t take it with you. 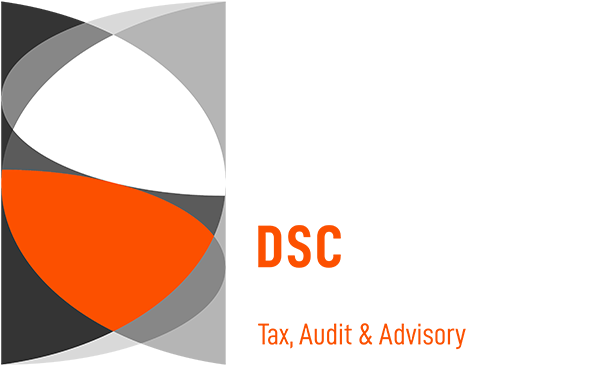